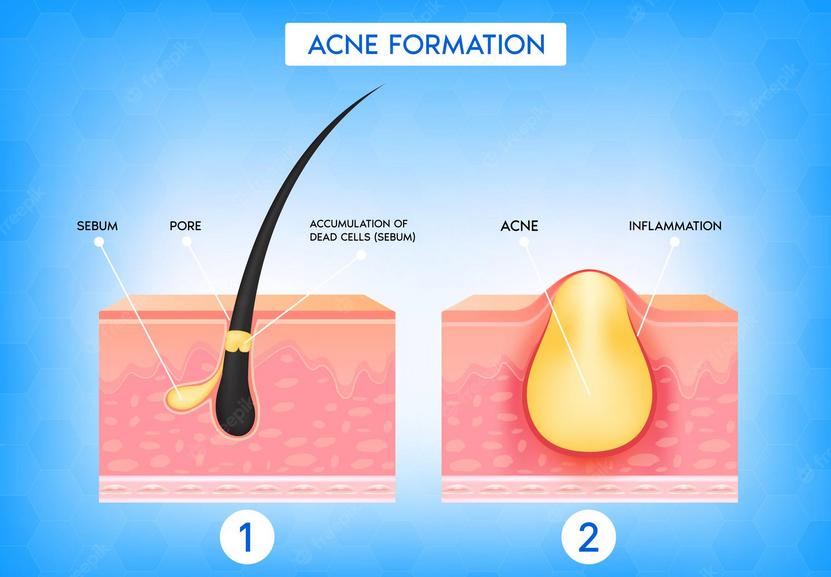 Wade, 28, who had the spot for four years, winces in pain as the pimple suddenly erupts into a yellow stream of pus under her brute force.

During the three-minute battle, Mrs Powell digs her pink nails into each side of the lump to get a firm grip.

Pushing harder and harder, the fluid then flies out of his face, prompting her in a strong American accent to warn him that it may smell.

Closing his eyes to try and dampen the pain, Wade can be heard groaning during the stomach-churning ordeal.

WHY YOU SHOULDN’T SQUEEZE SPOTS

By Michelle Rodrigues for The Conversation

A pimple is like a little bag under the skin that contains oil, bacteria and inflammation.

Squeezing it can result in these contents being pushed into surrounding skin, making the problem worse.

It can also lead to infection and temporary darkening of the skin in that area.

On top of this, the inflammation can become so bad that scarring is left behind when the pimple finally settles down.

And scarring (unlike the pimple) can be permanent.

If you resist the urge to squeeze, pimples will usually resolve over a week or so without scarring.

The ‘white’ contents will also settle down or spontaneously pop when ready.

Eventually most of the cream cheese-like liquid streams out of his cheek, leaving her with his blood on the end of her fingernails.

But thankfully, despite the pain he was put through, Mr Powell was happy with the outcome. He said: ‘It was an instant relief when it was over.’

British Skin Foundation spokesperson Lisa Bickerstaffe said: ‘It’s always worth seeking help from a doctor or dermatologist when dealing with spots like this to avoid scarring and possible infection.’