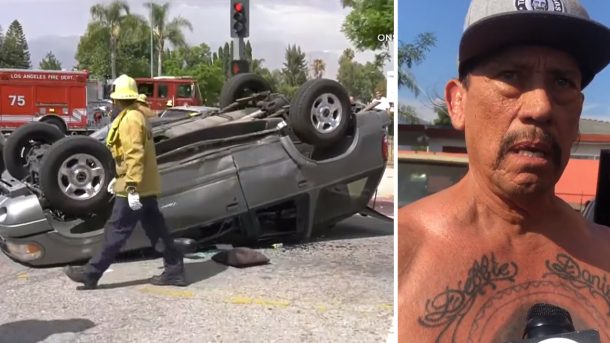 Anyone who’s seen movies in the past few decades knows Danny Trejo. Known for his intense tough guy looks, he’s one of Hollywood’s biggest go-to character actors, playing bad guys in everything from Con Air to Breaking Bad.

He’s also the titular star of the Machete franchise, a role he also plays in the much more family-friendly Spy Kids movies.

But while he’s usually the bad guy on screen, he got the chance to be a hero in real life back in 2019.

In the summer of 2019, the 78-year-old actor was driving in the Sylmar neighborhood of Los Angeles, going to get his car worked on.

But on the way, he saw a woman blow through a red light and crash into an oncoming car, KABC reported. The car was flipped over, and Trejo says other vehicles drove around the accident.

But he wasted no time in stopping to help. 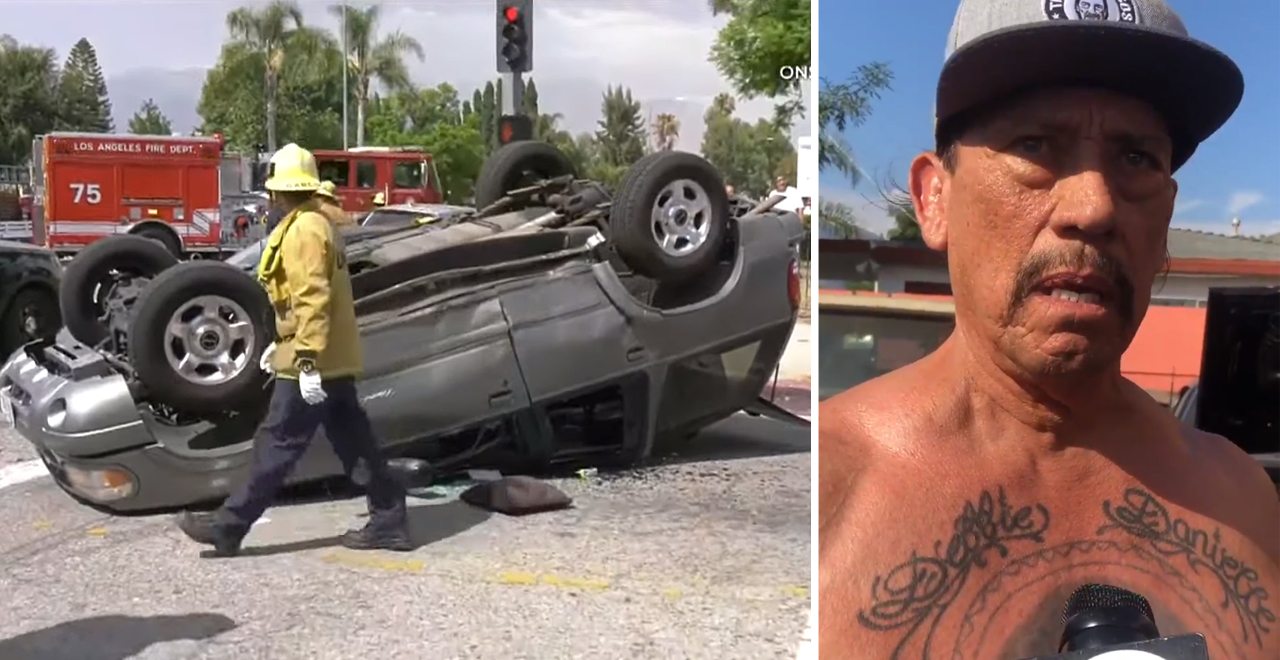 There were two passengers inside the car: a young special needs boy and his grandmother.

Another bystander was able to crawl in and get the boy unbuckled from the car. Then it was up to Trejo, who reportedly has experience with special needs children, to get him out, calming his nerves during the scary ordeal by appealing to his imagination.

“I said OK, we have to use our superpowers. So he screamed ‘superpowers’ and we started yelling ‘superpowers,” Trejo told KABC. “I said do this, with the muscles. He said ‘muscles.’”

“We got kind of a bond. I kept facing him away from the accident.”

Firefighters arrived on the scene and were able to free the grandmother from the vehicle. They were brought to the hospital, and amazingly there were no serious injuries. Trejo implored other drivers to pay more attention to the road.

“The only thing that saved that little kid was his car seat, honest to God,” he told KABC. 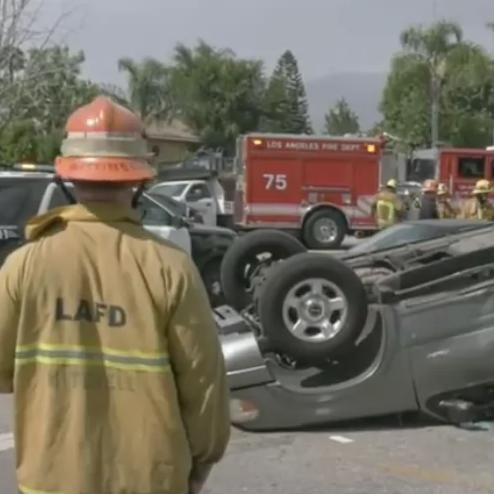 It’s an incredible story right out of a movie, but Trejo says he didn’t think twice about going to help, because he knows you get what you give.

Turns out this famous tough guy has a big heart after all! If you know anything about the man and the roles he takes, you would have nothing but respect already. Danny is proof you can have a checkered past and come up out of it.

After years of going in and out of jail and numerous 12-step meetings, the star of the Machete franchise finally decided, at age 24, to become sober. He wasted no time fully immersing himself in the recovery community before finally becoming a drug counselor.