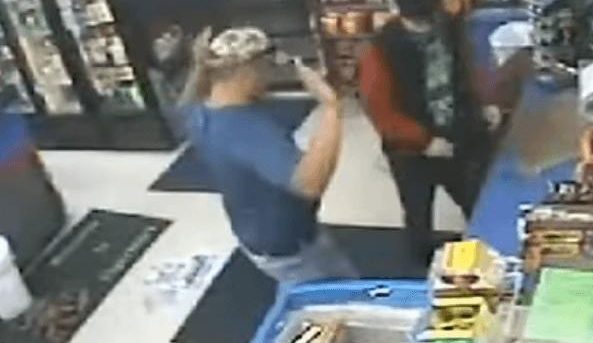 Daniel Gaskey is a former Marine-turned-firefighter who stopped by his local gas station in Midlothian, Texas one morning to grab a cup of coffee before heading to work.

He never imagined that his normal morning routine was about to take a dangerous turn.

Daniel was standing at the register about to pay when a 19 year-old man shoved him out of the way.

It was only when the former Marine turned around that he noticed the man was wearing a mask and holding a hunting knife. 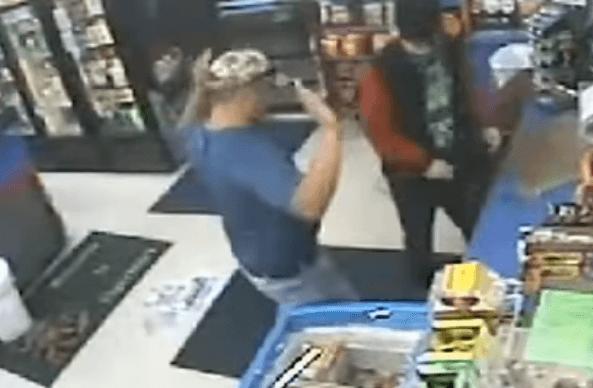 “This is going to be quick and easy. Just give me the money,” the masked man told the cashier.

The robber had no idea, but he was about to learn the hard way that Daniel was a former Marine who is the last person that he should be messing with!

Thinking fast, Daniel grabbed the punk from behind, wrapped his arms around his neck, and tackled him to the ground.

The seasoned Marine was able to keep the robber pinned until police arrived minutes later.

“Sometimes there’s a job that needs to get done,” Daniel said.

“You have to be willing to stand up and help each other.”

Those who know Daniel were not surprised that he was brave enough to intervene, but they were also incredibly proud of him. 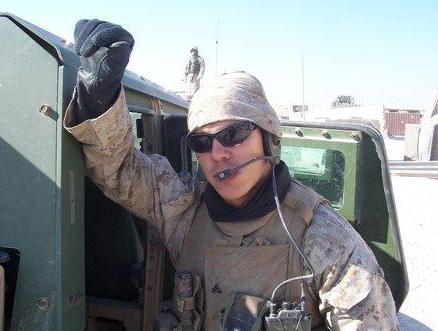 “I saw the video for the first time this morning and I went, ‘This wasn’t just, ‘I’ll hang on until the police get here.’ He intervened and made a difference in someone’s life,” said the Mansfield fire chief Barry Bondurant.