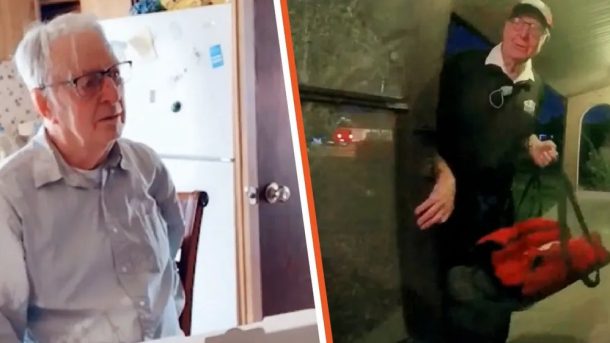 TikTok fame is something the youth of today are all interested in achieving. However, they have shockingly been bested by an 89-year-old pizza delivery man who had his life changed by some of his regular customers. The act of kindness can be priceless. But for Derlin Newey, a pizza delivery driver from Roy, Utah, it was actually worth $12,069.

According to NBC affiliate KSL, the 89-year-old deliveryman for Papa John’s Pizza took the 30-hours-a-week gig to make some extra money because his monthly bills cost more than his social security covered.

One of his customers, Carlos Valdez, began recording Newey’s deliveries to his family’s front door and sharing them on the social media platform TikTok.

Known for saying, “Hello, are you looking for some pizza?” when he delivers, Newey soon became a fan-favorite to the Valdez’s 53,000 followers.

“It’s insane. Everybody loves him,” said Valdez, adding that many of his followers commented their frustration that Newey had to work still. “Somebody at that age should not be working that much.” 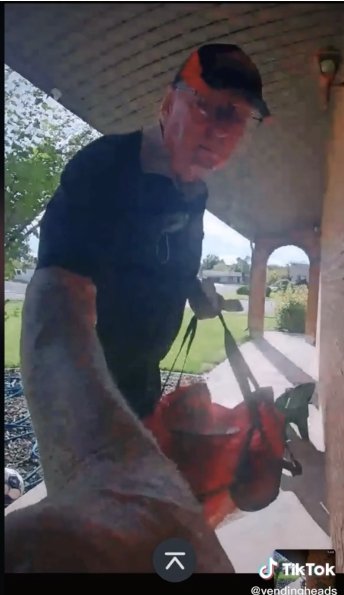 So the Valdez family got the idea to crowdsource funds from their followers to help out Newey.

“Collectively as a TikTok community, we all came together, and we were able to raise $12,000 for this amazing person,” said Valdez.

Along with KSL, the Valdez’s made a surprise special delivery to Newey at his door. 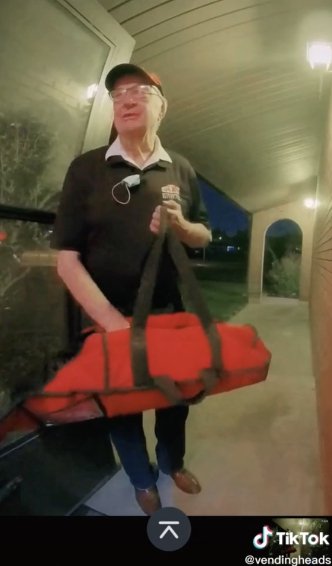 “This couldn’t have gone any better,” Valdez said. “He needed this. I’m just glad we could help him. We just need to treat people with kindness and respect the way he does. He stole our hearts.”

Newey was excited to receive the gift but wanted to know what TikTok was and had some questions about the platform, asking:

“Is that an online group you communicate with each other through the telephone?” 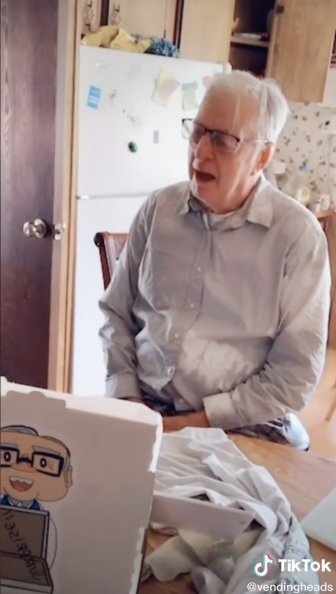 Newey after receiving the gift of $12,000 | Source: Tiktok.com/vendingheads

This story first appeared on TODAY.com.