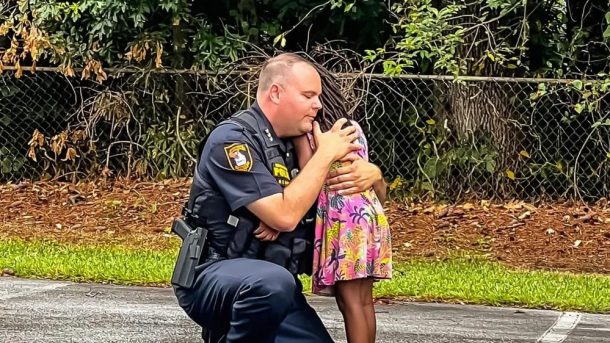 David Snively of the Morrow Police Department felt like his heart had been ripped out after a conversation with a little girl. But what did they talk about? Let’s find out.

Police officers have one of the world’s most physically and emotionally taxing jobs. As a result, they often leave their house not knowing what to expect daily.

So when Interim Chief of Police David Snively answered the call of an officer seeking assistance with arresting a driver, he did not know he would leave the scene with his emotions heightened.

On June 28, 2022, the Morrow Police department, led by Snively, responded to a request for assistance with an arrest. When they arrived at the scene, the police discovered the suspect had become confrontational during a routine traffic stop.

The situation, which should have resulted in a simple compromise between the police and the driver, turned into an argument when the latter refused to follow instructions.

The police had no other choice than to arrest him, but they discovered a little girl and her mother in the car with the suspect, the girl’s mother’s boyfriend. While the mother talked with the officers, Snively noticed that the little girl, whose mother’s boyfriend had just been arrested, was crying.

The police chief, concerned for the little girl, knelt and consoled her. Snively also answered her questions while trying his best to explain what was happening.

Unknown to the interim police chief and the little girl in a floral print dress, a community member was taking their pictures as they engaged each other. 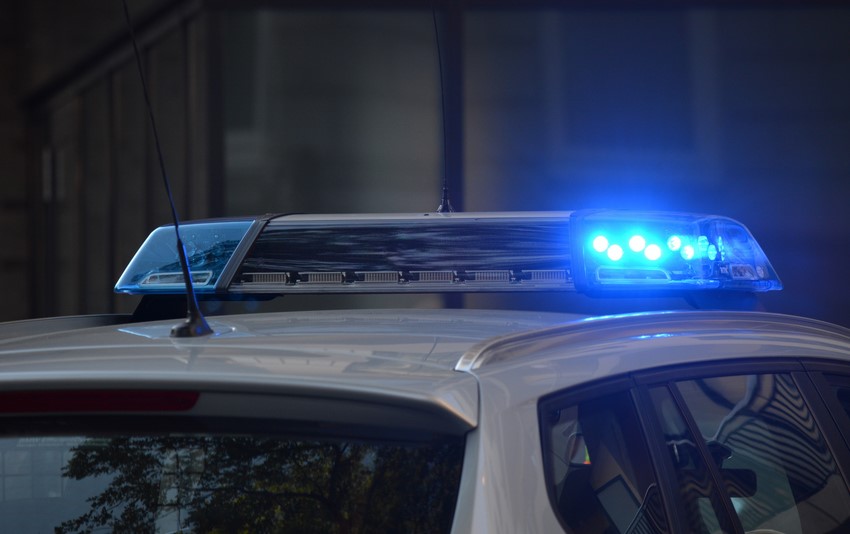 A police car with its siren on | Source: Pexels

That picture would later be uploaded on social media by the police department. They captioned the photo with an explanation of how Snively had tried comforting the girl and explaining the situation to her. Also, they noted:

“Interactions like this happen every day, at every level of our department, and we’re proud that a community member thought to take this picture and share it with us!”

Snively later took to social media with a post on his LinkedIn page, explaining what happened between him and the little girl. According to him, the entire situation ripped his heart out.

The interim police chief explained that the little girl walked up to him confidently while trying her best not to cry. She proceeded to ask him if her mother’s boyfriend, the suspect, would ever come home after his arrest. The girl’s question saddened Snively.

The police chief reassured the little girl that the suspect was safe and would come home very soon. After hearing this, the little girl nodded before wrapping her arms around Snively and sobbing with her head on his shoulder.

Police chief Snively disclosed he felt saddened by the situation but was also encouraged because the little girl felt safe with him. According to him, it was a terrible, beautiful moment.

He also had no idea someone had taken their picture as it was only sent to him hours later. Snively then declared that he had experienced so many things in his life that were beyond his understanding.

The Interim Police Chief confessed he had faced plenty of failures and disappointments; however, the only thing that has remained clear all through is that he knows his purpose on earth.

Snively believed God specifically put him in the situation to achieve his purpose: to comfort and reassure the little girl. Also, he felt confident that the little girl helped him more than he could have done for her.

This incident generated many reactions online and shone a positive light on the impact of police on the community, especially in recent times when they have come under fire due to some unfortunate incidents.

Some people who commented on Snively’s LinkedIn post praised the interim police chief for showing empathy and comforting the little girl who had been left confused and heartbroken by the incident.

Other police officers commented on the post as well, including Nicholas Lewis, a Police Officer at Emory University, who wrote:

“I love to see the humanity in our profession. Sometimes it’s heartbreaking and discouraging when we see human beings at their worst. Stories like this help us remain focused on the reason the job matters and will always matter. To protect the innocent.”

Nicholas Lewis also stressed how police officers should be an example of integrity no matter the situation that we respond to before finally thanking Snively for sharing.