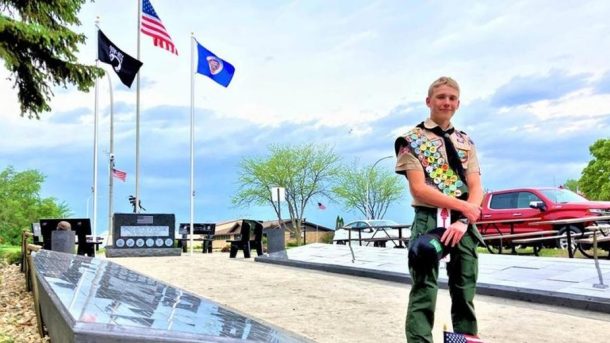 Dominique Claseman from Olivia, Minnesota, came to the Olivia City Council as a 15-year-old to discuss his plan to build a veterans memorial in his hometown. He even had architect drawings with him and space already picked out.

It was a huge project, but he was confident that people in the community would want to donate to something like it.

On Memorial Day, hundreds of people gathered for the dedication of the new veterans memorial in Olivia, completed by Dominique as his Eagle Scout project a few weeks shy of his 17th birthday.

“The memorial before you is the result of the generosity and support that I, and the veterans of community, have received,” the young man said in his speech.

Ron Kopacek, who headed up the dedication’s honor guard, was impressed by how Dominique managed to do it.

But the dedicated teen said he questions himself on how he even did it sometimes.

Dominique started the project by distributing information sheets, doing interviews with the local radio station and newspaper, and setting up a table to pitch it during events at the Olivia American Legion.

As donations and purchases of engraved pavers exceeded his expectations, he expanded his initial concept of what the memorial could be.

Dominique, who comes from a long line of service members, requested for his dad, scoutmaster Mark Jurgensen, who served in Iraq, to wear his combat boots to mark 21 footprints on the memorial’s wet cement.

The proud father said this achievement was nothing out of character for Dominique.

“He’s one of them kind of kids that likes to make sure that he doesn’t disappoint anybody, and he strives really hard for that,” he said.

During the dedication, a stream of people walked through the memorial to read the 280 pavers engraved with the names of individuals with connections to Olivia who served in the military, some of whom never made it home.

The American flag, the Minnesota flag, and the POW flag flitted over the revered names, a central headstone, bronze statues, and black granite benches.

Kim Wertish, whose son James died in Iraq on July 16, 2009, thanked Dominique and hugged him tightly during the dedication. 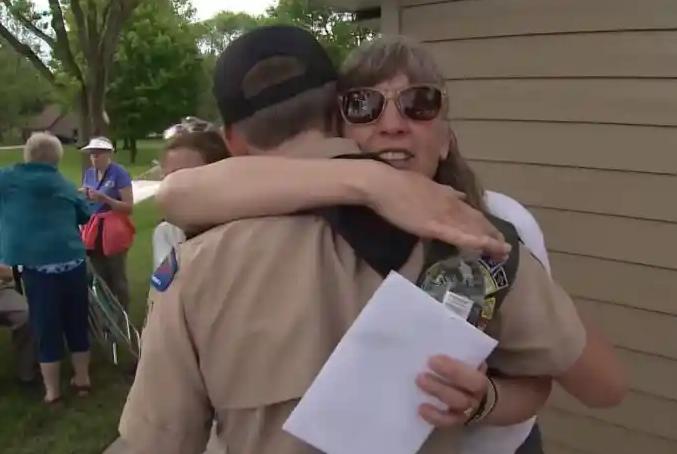 James was killed with two other members of the Minnesota National Guard, Dan Drevnick and Carlos Wilcox, whose names are also etched in the veterans memorial.

“James has been honored in many cities through connections with the military, and that’s dear to us also, but this is our hometown,” Kim said.

Mark Hebig, whose father Alfred Hebig served in Korea and is listed in one of the pavers, drove two hours to attend the dedication.

“I never knew him very good because he was killed in a car accident when I was 1 year old,” he said. “It’s been a long time, but you still always remember.”

Aaron Russell, a district executive with the scouts, said this veterans memorial is “something special.”

“We were trying to figure out if there’s been in recent memory a project of this scale, especially with the money raised. We couldn’t think or find anything even close to it,” he said. 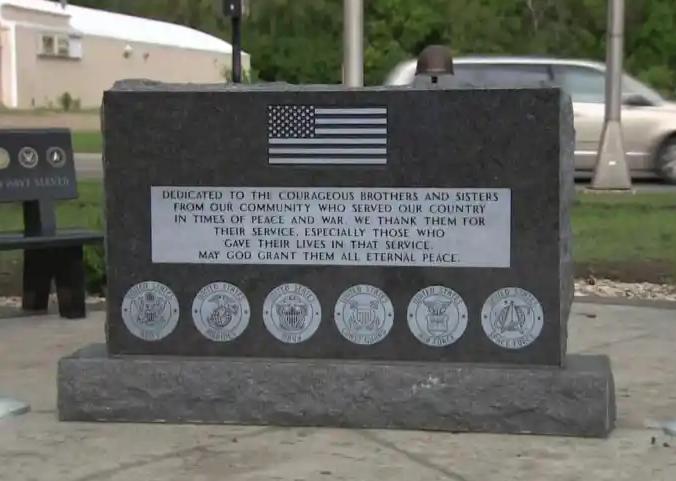 The veterans memorial is in Olivia’s Kubesh Park, near the U.S. Highways 71 and 212 intersection.

In early May, Dominique dug a shovel of dirt during a ceremonial groundbreaking before turning the job over to the hired contractors.

Dominique, who has two younger brothers, hopes they will one day expand the memorial for their own Eagle Scout projects.

Thank you, Dominique, for this beautiful memorial honoring our veterans.

Click on the video below to learn more about this story.