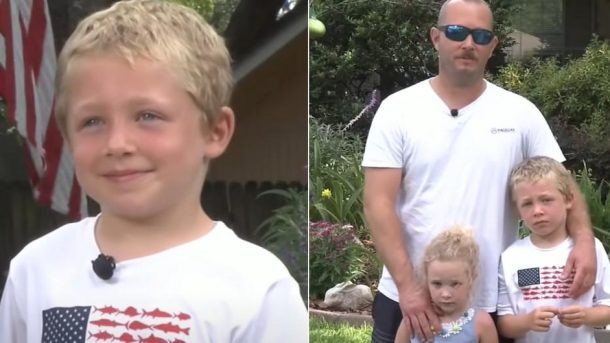 A 7-year-old boy turned into an instant hero after saving both his little sister and father from a near-death situation.

Just over a year ago, 7-year-old boy Chase Poust and his 4-year-old sister Abigail were having fun swimming alongside their father, Steven Poust’s anchored boat on the St. John’s River. The two kids were having a blast while swimming and their dad was fishing, then all of a sudden – things took a scary turn.

The current suddenly became strong that it pulled her sister away from the boat.

“The current was so strong that my sister — she usually hangs out at the back of the boat — and she let go. So, I let go of the boat and grabbed her, and then, I was stuck,” Chase said in an exclusive interview with news channel WJXT.

Steven quickly jumped into the water to save Abigail who was at that time, being carried away by the current. But before he did that, the quick-thinking dad told his 7-year-old boy to swim all the way to the shore.

“I told them both I loved them because I wasn’t sure what’s going to happen. I tried to stick with her as long as I could,” Steven said while sharing that terrifying moment. “I wore myself out, and she drifted away from me.”

It’s just a matter of time before something really bad happens to any of them. For Chase, it was a battle of time and perseverance because he’s the only person his dad could rely on at that moment.

Despite not having a life jacket on, the young boy gathered all his strength and put all his focus on what his dad told him.

Although he admitted that he “felt really scared”, he still managed to swim all the way to the shore. To avoid tiring himself out, he switched between doggie paddling and floating on his back. Thanks to his brave heart and quick-thinking mind, he made it to the coast. 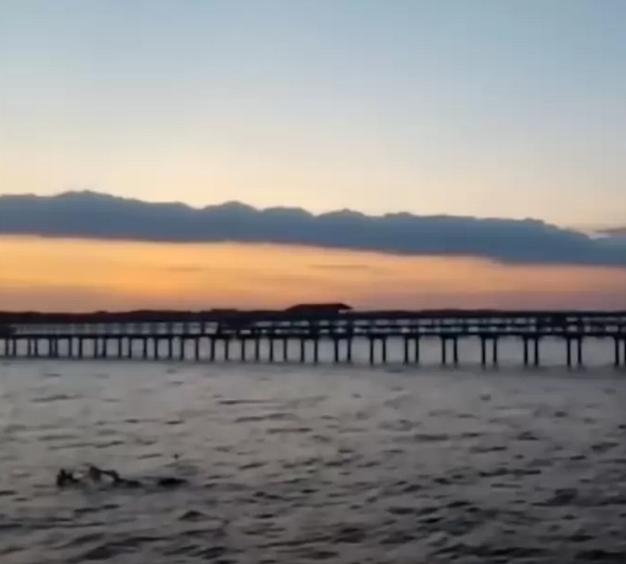 That’s a 1-mile-long swim that lasted approximately an hour! And to think that he’s just 7 years old, Chase really seemed to be a kid on a mission that day, don’t you think so too?

As soon as he set his feet on land, he dashed to the nearest home and asked for help. The young boy told them about what happened and the residents immediately dialed 911 and asked for a quick response team to come over. 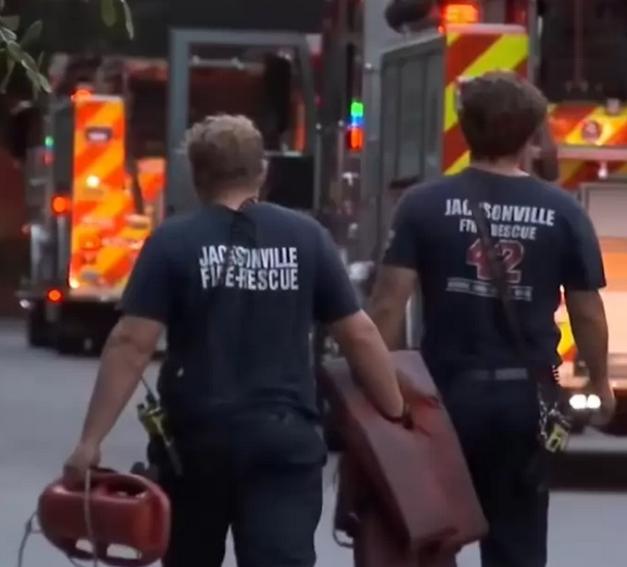 The Florida Fish and Wildlife, Jacksonville Fire and Rescue Department, and the Jacksonville Sheriff’s Office, all joined forces to rescue the Pousts. Thankfully, after an hour-long of search, they finally found Steven and Abigail, stranded over a mile away from their boat.

Thankfully, they were all brought to safety with none of them seriously harmed. 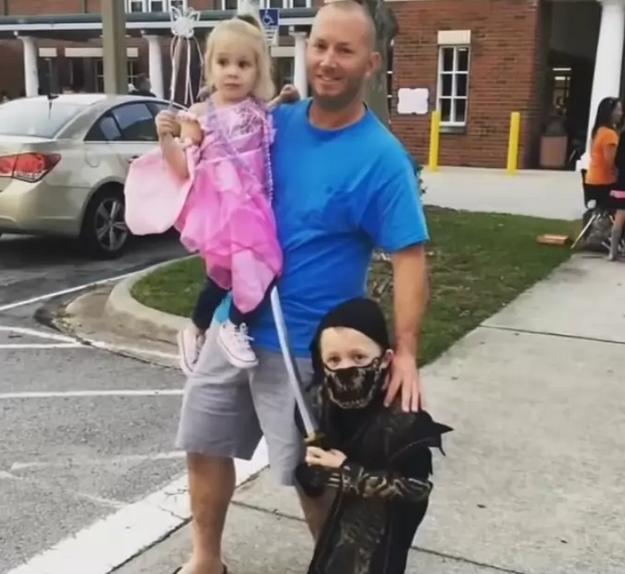 Both Chase and Abigail were rushed to a nearby hospital for a quick check-up, gladly, the kids including their father didn’t incur any injury.

JFRD’s spokesperson, Eric Prosswimmer, commended the efforts of his fast-acting colleagues and credited them for the positive outcome of the rescue.

“We had every resource we could have possibly had coming quickly and we’re happy to say all three have been recovered, and all three are doing well,” Prosswimmer said. “We couldn’t ask for a better outcome.”

Meanwhile, Chase’s dad, Steven, couldn’t be more proud of his young boy for his bravery and heroism. Because of him, they survived the horrific incident.

“We’re here. By the grace of God, we’re here,” he said. “Little man … made it to shore and got help, and that’s what saved our lives.”

Guess Chase is already a hero in the making, wouldn’t you agree?

Watch the video below to learn about this amazing story about a hero kid.